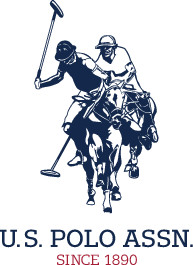 U.S. Polo Assn. is the official brand of the United States Polo Association, the only non-profit organization for the game of polo that officially represents all clubs and players in the United States of America and which has been operating since 1890.

The first European collection designed and created specifically for the European market by Incom was presented in January 2008 at the 73rd edition of Pitti Immagine Uomo. Currently Incom SPA produces and distributes the clothing lines of the brand U.S. Polo Assn. for men, women, children, in addiction to underwear and beachwear.

The collections are characterized by innovation in research, trends and design but remain unchanged in the creative identity that distinguishes the U.S. Polo Assn project wich encompasses and reveals a lifestyle, synonymous with fair play, loyalty and determination for a single and intense passion that vibrates authentically in the American brand: the game of polo.